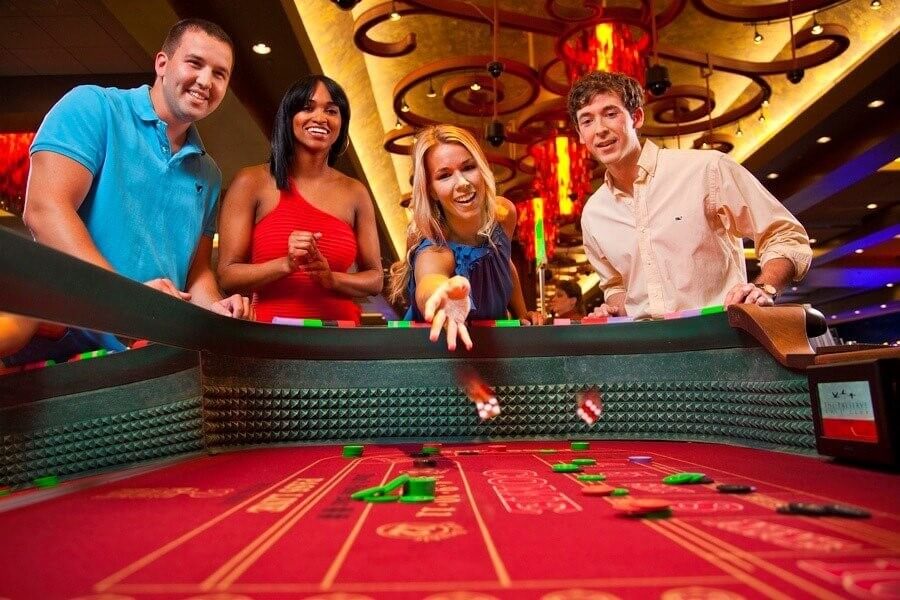 Casino dice games have been a big hit among many people from all around the world. The standard dice with 6 sides and shaped like a cube was originated in China back sometime around 600 B.C. However, the original use for dice back then was for fortune-telling, but later it became used for different kinds of games, such as chance. True, the most widely known casino game involving dice is Craps, there are still many other dice games that you can gamble with at some of the land based casinos and online.

In this article, we’ll be listing some of the various casino dice games and will be discussing each one so that you’ll get a good understanding of them. In fact, the games we’ll be focusing on, aside from Craps are Hazard, Chuck-A-Luck, Klondike, Banka Francesca and Sic bo. For beginners, these games can look intimidating, therefore many newbies will just walk pass these games. The reason why is because these games are usually pretty fast paced, offer hundreds of different betting types, and the people around the tables are usually shouting out loud with terms you’re probably not familiar with. It’s okay if you’re someone who feels the same way as many people have before they actually learned the games.

Craps is a popular casino dice game, if not, the most popular dice game out there. The original origins of the game remain a mystery, however it most likely developed over time without any specific date or person who came up with it. Some people think it evolved from the classic English game Hazard as well as a French game called Crabes. One of the first persons to introduce the game in New Orleans, Louisiana is a guy named Bernard Phillipe sometime around the 18th century. Since there was an issue with the version introduced by Bernard, another version came out in the early 1900s by a guy named John Winn, which is more like the version you’ll see today at the casinos. Before it received its official name we use today, it was called Crapaud, which is a French word meaning “toad” as the game’s originality came from people who would play on the streets crouched over a regular floor or sidewalk, like a toad. Street craps was typically played against a wall or curb, where you would roll the dice against, however it was also played without a backstop.

The game itself involves a pair of dice where people playing make bets on the outcome of their dice rolls or a series of rolls. When someone is playing, bets are made against the player or the casino. It’s a game where all the players can win together, aside from the casino, and offers some of the best odds when comparing to other casino games. Apparently, Craps is the largest gambling casino game ever, where it involves the most money being gambled on.

Over the years, many variations of this game have been introduced and can sometimes be found at some of the casinos. Below are some of the other variations to the original game:

Hazard is a dice game that has been around in England for centuries, going back as far as the 14th century, however some say it goes even further back to the 12th or 13th century with Arabic roots. Not until the 17th and 18th centuries did the game gain more popularity and spread to other parts of the world such as France and the U.S. The Craps game you’ll find in the casinos nowadays is actually based on Hazard even though the terminology is different from Craps, but the game play is pretty much the same. In recent years, the game’s popularity has gone down a bit, however you’ll still be able to find it at some of the Western casinos.

Chuck-A-Luck a casino dice game where some people believe it originated in Australia. The dice in this game are rolled inside a chuck cage, which is shaped like an hour glass. The dice are numbered 1 to 6 in order to place your bets on. This game identical to Crown and Anchor, which the British military played on during the World War I. The only difference was that the dice were marked with symbols rather than numbers.

Klondike is a casino dice game that uses five dice, and used to be played at some of the lower budget casinos in frontier America.

Banka Francesca is a game that involves three dice on a table and is mostly found in Portuguese casino. The game is similar to Baccarat and has a very big house edge.

Sic bo is a popular gambling dice game find in Asia and is played with three dice on a table where players make their bets. The name in Chinese means, “dice pair”. The game didn’t reach the casinos in the U.S. and Europe until around the 1980s.

Now that you know about the different kind of casino dice games, we highly encourage you to do some of your own research on them before playing. It’s very important to learn how to play, understand the rules as well as some strategies that can help you to win. In fact, you can practice some of these games at home with your friends before gambling at a casino.  If you’re also interested in playing some other casino games, go ahead and give some of our games a try here at Caesars Casino online, where we offer many exciting Video Slot Machines, Classic Slot Machines, Blackjack, Roulette and Video Poker for free!